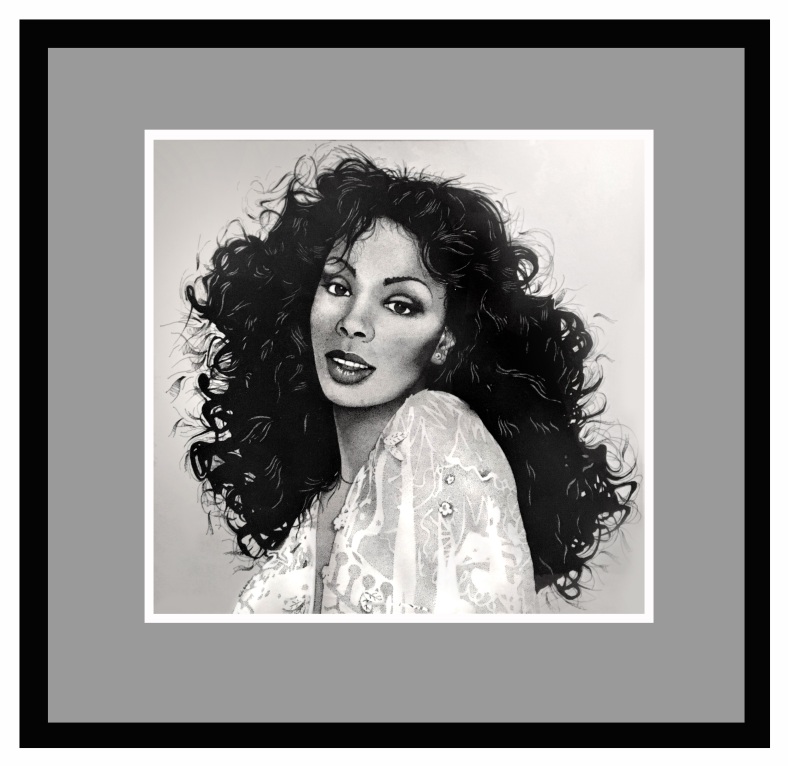 A Rotring pen and ink drawing from the late 1970s penned during my art college days.  This is the image on front of her 1977 album Once Upon A Time, with Giorgio_Moroder  & Pete_Bellotte.  I particularly liked the song Say Something Nice from this album.  Donna Summer died on May 17th 2012 at her home in Naples Florida aged 63, from lung cancer.  It was thought that this was as a direct result of being in New York on 9/11 but now thought to be from the smoke filled venues she performed in during her earlier career.  https://en.wikipedia.org/wiki/Donna_Summer