I don’t usually paint or draw portraits of pets, let alone do commission work, but here is one of a friend’s Staffordshire Terrier in memorial.  This has been completed using Pen and Ink, pencil and Uni-ball Pens. Below is an acrylic of another friend’s Jack Russell painted some years ago.

A pen & Ink drawing portrait of an NHS Colleague of mine, a privilege to have worked with him. Al 😎.

Another lock down so my wife and I spent a cold afternoon walking around my favourite section of the North Devon coast, from Bull Point Lighthouse to Morte Point then back into Mortehoe. It was surprising to see so many people out but social distancing was adhered. There was a large group of teenagers at the top of the hill by Mortehoe Station gathered together without masks. The weather was quite warm with no wind, that was until we rounded the Point, then the cutting winter wind reared it’s ugly head. There were some unusual cattle roaming the hills, all black except for a band of white around their bodies. My wife named them the Oreo Cows after the biscuit. By the time we arrived back the light had gone so a slow dark drive home. The Pen & Ink drawing at the top was completed a few years ago, today’s image almost matches the original.

The end of a rather stressful year at North Devon District Hospital in Barnstaple, England. This collage is of sketches completed by myself during this year’s Covid Epidemic! We’re all hoping that 2021 will be better for everyone, in the last few days most of us have had our Covid Vaccinations. This post is dedicated to those we’ve sadly lost during 2020, although not related to Covid, memories of them will remain ever present! Al

Presently I’m working on a series of sketches of some of my colleagues at North Devon District Hospital at Raleigh Park, Barnstaple. Pen and Ink on thick cartridge paper. So far I’ve drawn ODPs (Operating Department Pratitioners), a member of our Support Staff and Recovery Nurses. I’m also experimenting with Uni-Ball Needle Pens and the moment instead of my usual traditional knib or Staedtler fine draughting pens! 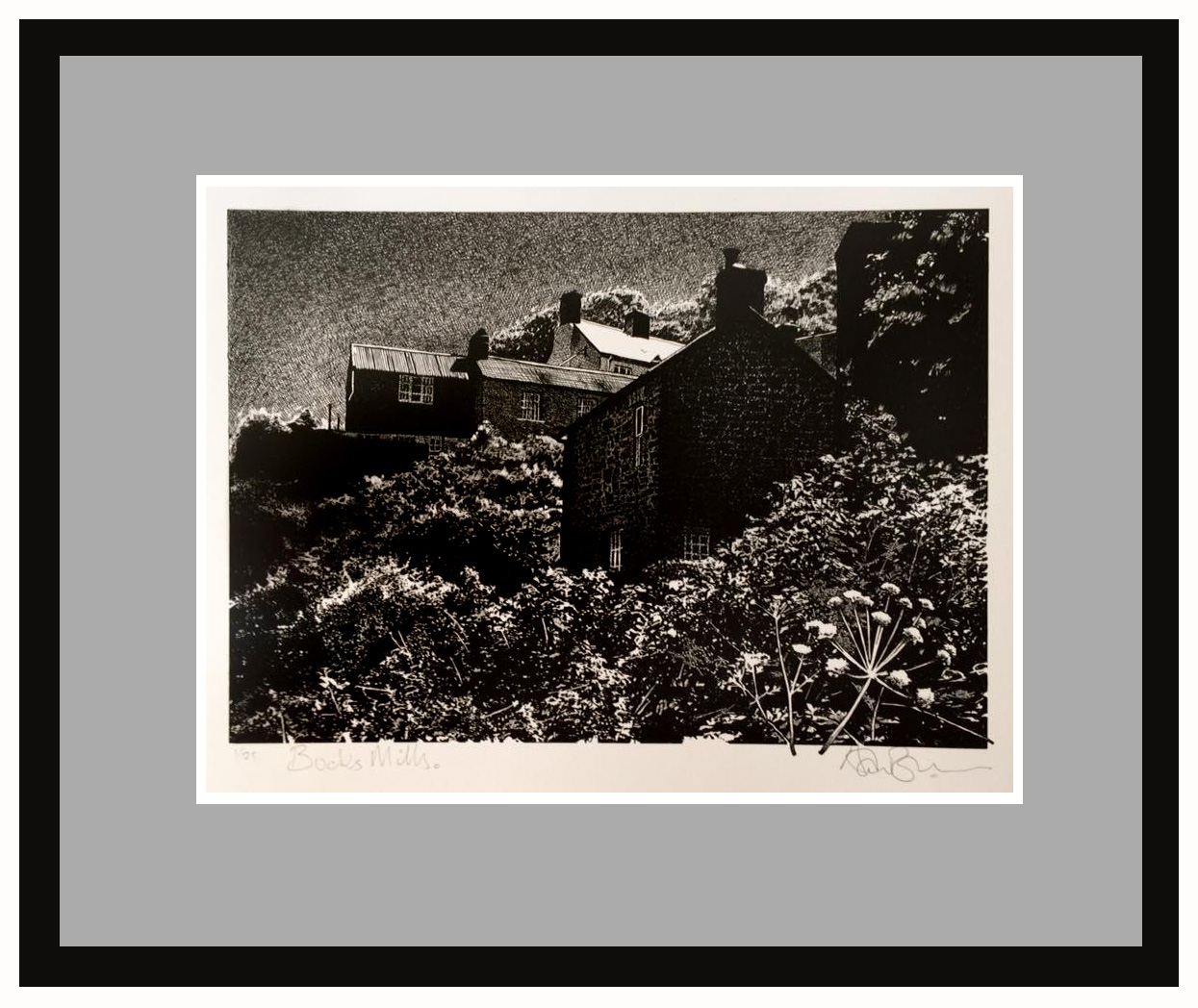 I would love to spend a few days here painting and drawing the North Devon coast at Bucks Mills.  I used to surf here on Christmas Day and have many happy memories of summer days here.  This is a pen and ink drawing it did a few years ago with a nod towards an old art teacher of mine at Bideford Art College/North Devon College called Jimmy Paterson ARCA.  He painted this very scene and I’ve seen it displayed at the Burton Gallery in Bideford.  Al

Recently I was having dinner with friends when I noticed a familiar image on their wall.  A photograph taken by my host Adrian Beasley of Glen Etive.  I recalled drawing this in pen & ink in the 1980s and decided to go in search for it.  After half an hour in my attic I discovered it wrapped up with some other Cornwall College of Art work but the original has sadly got some brown foxing on it.  After a little work on my laptop this is the old image renewed.  I was quite into stippling with a Rotring Inkpen at this time and had to constantly throw my eyes out of focus to unify the overall tones.  Quite laborious as you can imagine.  I can happily say that I do not use this type of rendering any more due to my aged and decrepit eyes!  Al

Pen & Ink drawing of a duck on the Braunton Marsh 320 x 260mm.  At the moment this wonderful habitat to wildlife and beautiful area of Braunton is under threat as a dyke has broken down and the sea in moving inland.  The Braunton Marshes are a hidden asset of North Devon supporting wildlife of national and international importance. It’s now under imminent serious threat. An environmental disaster is looming on the horizon due to a sea breach of great significance unless immediate action is undertaken by relevant parties.