I haven’t photoshopped any WW2 planes lately but after seeing these on the Imperial War Museum Archive, which came to my attention on Google, I decided on this. The cottage is at Blackpool Beach in North Devon and has been used in many films The Night Manager being the most recent. Below I’ve added some people from a WW2 photo taken during a supplies drop in Holland again referenced off Google Images. Picture of Blackpool Mill cottage is my image.

The image above is of Blackpool Mill Cottage at Hartland in North Devon.  Images of the planes are from the Imperial War Museum Archive.  The people are from Google Images of people receiving supplies during a WW2 airdrop.  The cottage has been used in many films and TV dramas and is an image of mine.
https://www.hartlandpeninsula.co.uk/self-catering/blackpool-mill-cottage.html 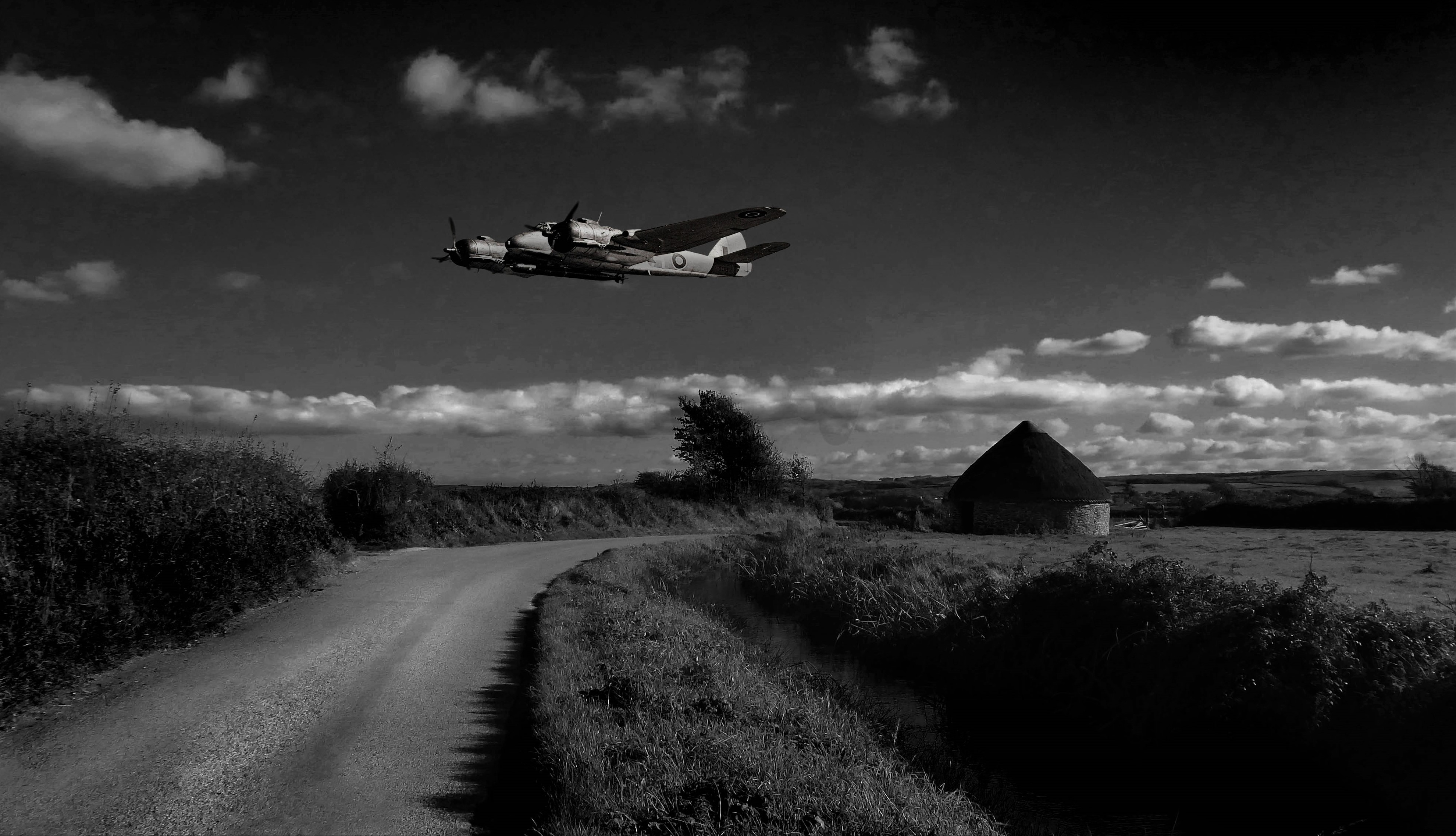 The image above is as if you happened to be cycling around the Braunton Marsh in North Devon during the second world war. RAF Chivenor is very close to the marsh and seeing such scenes must have been common place. Original aircraft image taken from Google Images and the marsh picture is one of mine.

In July 1942 three squadrons of Bristol Beaufighters were located at RAF Chivenor in North Devon to offer protection to shipping in the Bay of Biscay and to undertake anti submarine duties.  These comprised of 235, 236 & 248  Squadrons of the RAF. Wikipedia